The jury for 2019 consisted of professional designers, academics and public officials. Each juror has an expertise in inclusive design and was selected by the Detroit Design 139 Advisory Committee because of their advocacy for inclusive futures. The jury was responsible for blindly selecting which projects were featured in the exhibition and used Detroit Design 139’s 10 Principles of Design to guide their selections. 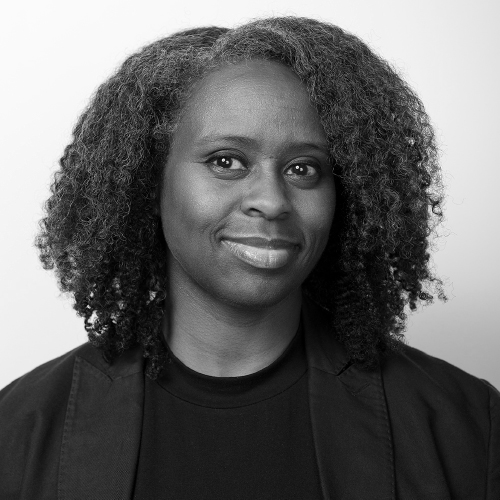 Cézanne Charles has more than 20 years of experience working at the executive and senior management level within the creative industries (nonprofit and for-profit) in both the United States and the United Kingdom. She is the co-founder and director of rootoftwo, a research and practice-driven hybrid design studio that instigates projects that test the materiality and consequences of technology at the city-scale. For the past 11 years, Cézanne served as Director of Creative Industries at Creative Many, where she led the design and implementation of the company’s creative industries research. Here, Cézanne also designed and directed programs that provided the knowledge, funding, networks and advocacy needed to help empower the practices of artists, designers and makers within the state, with a core focus on Detroit. Cézanne serves on the Stewardship Board for the UNESCO City of Design initiative, the Board of Directors of Allied Media Projects, the Downtown Detroit Partnership’s Creative Partnership Advisory Council, and the Zoning Advisory Group of the Detroit Planning Commission. 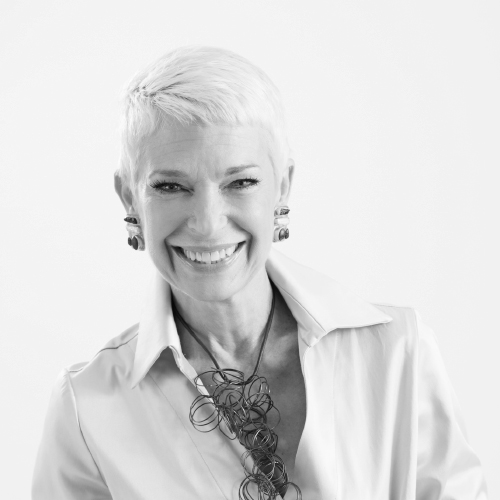 Carol Coletta is president and CEO of the Memphis River Parks Partnership. She is leading the relaunch of a nonprofit to develop, manage and program six miles of riverfront and five park districts along the Mississippi River. Most recently she was a senior fellow in the American Cities Practice at The Kresge Foundation. She led the creation of a $50-plus million collaboration of national and local foundations, local nonprofits and governments to Reimagine the Civic Commons in five cities. It is the first comprehensive demonstration of how a connected set of civic assets – a civic commons – can yield increased and more widely share prosperity for cities and neighborhoods. She was formerly vice president of Community and National Initiatives for the John S. and James L. Knight Foundation where she managed a portfolio of more than $60 million annually in grants and a team of 18 in 26 communities to drive success in cities. Carol led the two-year start-up of ArtPlace, a unique public-private collaboration to accelerate creative placemaking in communities across the U.S. and was president and CEO of CEOs for Cities for seven years. Previously, she served as executive director of the Mayors’ Institute on City Design, a partnership of the National Endowment for the Arts, U.S. Conference of Mayors and American Architectural Foundation. She also ran a Memphis-based public affairs consulting firm, Coletta & Company, where she served business, foundations, nonprofits and government on the broadest range of civic issues. For nine years, she was host and producer of the nationally syndicated weekly public radio show Smart City, where she interviewed more than 900 international leaders in business, design, the arts, and cities. 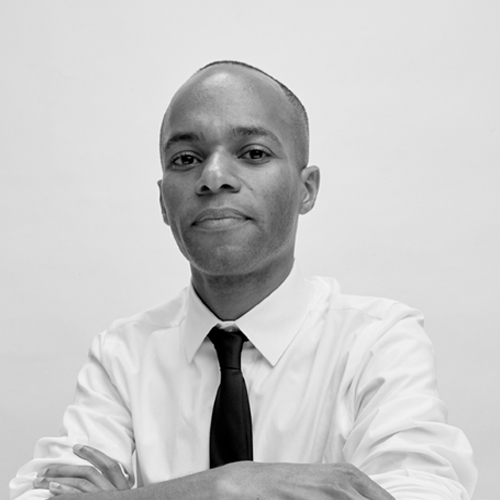 Justin Garrett Moore is an urban designer and the executive director of the NYC Public Design Commission. He has extensive experience in urban design and city planning—from large-scale urban systems, policies and projects, to grassroots and community-focused planning, design and arts initiatives. At the Public Design Commission, his work focuses on prioritizing the quality and excellence of the public realm, and fostering accessibility, diversity, and inclusion in the City’s public buildings, spaces, and art. In Justin’s former role as Senior Urban Designer for the NYC Department of City Planning, he was responsible for conducting complex urban design plans and studies of the physical design and utilization of sites including infrastructure, public spaces, land use patterns and neighborhood character. His projects included the Greenpoint and Williamsburg Waterfront, Hunter’s Point South, the Coney Island Plan and the Brooklyn Cultural District. He received degrees in both architecture and urban design from Columbia University’s GSAPP where he is now an Adjunct Associate Professor of Architecture, Planning, and Preservation. He is the co-founder of Urban Patch, a social enterprise based in Indianapolis that focuses on community revitalization in American inner cities. He also serves as a member of the national urbanist collective BlackSpace. His professional affiliations include the American Planning Association, the Urban Design Forum, the Van Alen Institute and Next City’s Vanguard, and he is a member of the American Planning Association’s AICP Commission, and on the boards of ioby.org, Mary Miss—City as Living Laboratory, and Made in Brownsville. 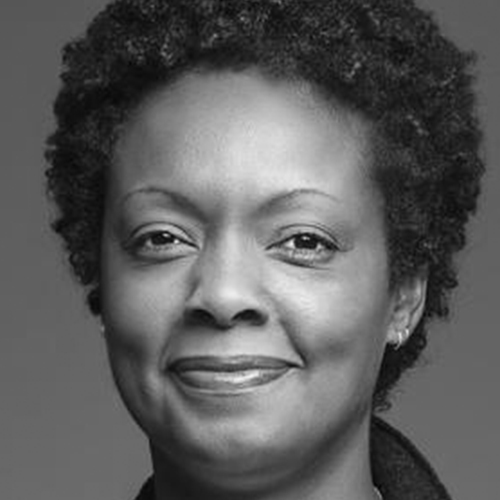 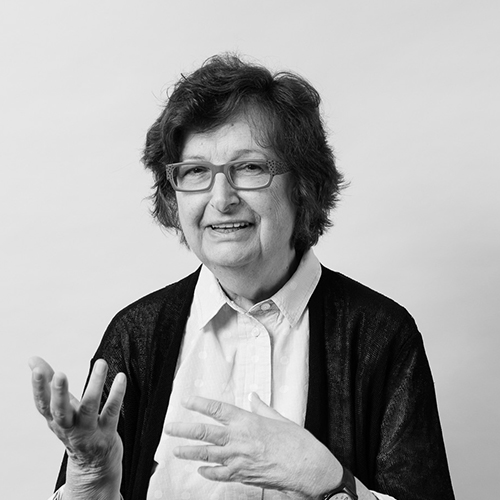 Is known as a design advocate, historian and educator who taught History and Ethics at New York’s Parsons School of Design. Her current role is Director of Design Innovation at Metropolis, where she has served as editor-in-chief for more than three decades. Among the many recognitions she received are the Cooper Hewitt National Design Award and four honorary doctorates. She is advisor to NYSID’s Master’s in Sustainable Design, Parsons’ Healthy Material Lab, and the Landscape Architecture Foundation’s Board of Emeritus. 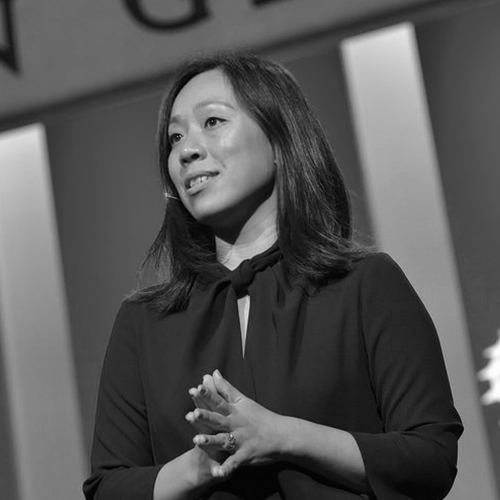 Shin-pei Tsay’s diverse experience in practice, design, and policy converge on transforming the built environment so that it is more accessible, equitable and sustainable. As Founder and CEO of Make Public, her work reflects her belief that social impacts should be valued as much as economic and environmental impacts. Most recently, Shin-pei was the executive director of Gehl Institute, where she grew an internal department into an independent 501(c)3 to make public life a driver of policy, design and governance. Prior to joining Gehl Institute in 2016, Shin-pei was the deputy executive director of TransitCenter, a national foundation focused on improving urban transportation, where she led initiatives in strategic, research and program development, managed transportation and technology program activities, and provided program, operational and staff oversight. Shin-pei founded and directed the Cities and Transportation Program under the Energy and Climate Program at the Carnegie Endowment for International Peace, exploring demand-side policies to mitigate climate change. As deputy director of Transportation Alternatives, she developed programs that expanded community participation in bicycle and pedestrian advocacy and forged connections with professionals in the public health and design fields. She also served as the chief operating officer of Project for Public Spaces and was a founding member of the New York City office for ZGF Architects. In 2010, she cofounded and directed Planning Corps, an organization that matches urban planners with neighborhood-based projects; Planning Corps’ work was selected for the U.S. Pavilion at the 2012 Venice Biennale for Architecture. Shin-pei is currently a Commissioner for the City of New York Public Design Commission and serves on the board of directors for Transportation Alternatives and In Our Backyard. She is also an adjunct assistant professor for Columbia University’s urban design studio. She received a BA with distinction from Cornell University and an MSc in City, Space and Society from the London School of Economics and Political Science.